IKEA's Burbank store, in California, has food sales that rank among the highest of the 47 stores in the U.S. On a Saturday, they will sell up to 14,000 items. IKEA co-workers began tracking the store's food waste in February 2017 using Leanpath automated measurement systems and identified its annual waste level to be over 15,000 kilograms. After a year of tracking waste in real time with Leanpath systems—and developing food waste prevention strategies based on that data— IKEA Burbank has shown dramatic improvement: a 30 percent reduction in food waste, which equates to over 10,000 meals saved from the bin. 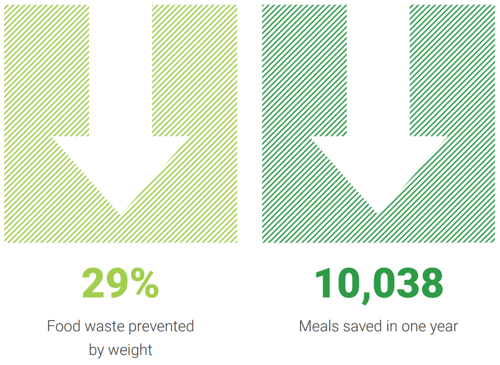 IKEA Burbank’s work is part of the company’s Food is Precious campaign, launched in 2017, with the goal of cutting food waste 50 percent by 2020 in its restaurants, bistros and Swedish Food Markets. Annually, over 680 million guests enjoy IKEA food in more than 400 stores in 52 markets. The company will reduce its environmental impact by reducing food waste, but also inspire change in others. Leanpath is proud to partner with IKEA since 2015, helping the company achieve this ambitious and important goal. As of February 2018, Leanpath, one of IKEA's two food waste partners, had helped the company prevent the equivalent of more than 2 million meals from being wasted.

Understand what you're wasting

Leanpath has helped the Burbank team know what, when and why food is being wasted. The store has focused much of its food waste reduction efforts on the lead up to closing, a time when overproduction is most likely to lead to waste. As closing time approaches, they prepare less and often rely on a cook-to order method, which helps to minimize waste. “Customers understand that a half hour before close we might run out of food [staged on the line]. But it’s ok to say, ‘I’ll make it for you fresh,” says Food Manager Andras Schmidt.

Without knowing what was being wasted, IKEA Burbank, like any restaurant, struggled to match food production with demand. With Leanpath data, they learned they could safely scale back production. They use food waste tracking data to constantly refine production sheets as well as to identify when co-workers are not following the production plans for some reason. “There's no more guessing how many portions to prepare,” he says. “We see the trend in the last six weeks, the same day, the same hour.”

Educate on the spot

Leanpath data is shared with team leads, who share with their coworkers. Leads also receive Leanpath Alerts, which notify them by email when, say, 5 kilograms of meatball waste is tracked. "We ask team leads to be on the floor, supporting co-workers” explains Andras. “When they see co-workers producing too much, educating them on the spot about food waste.”