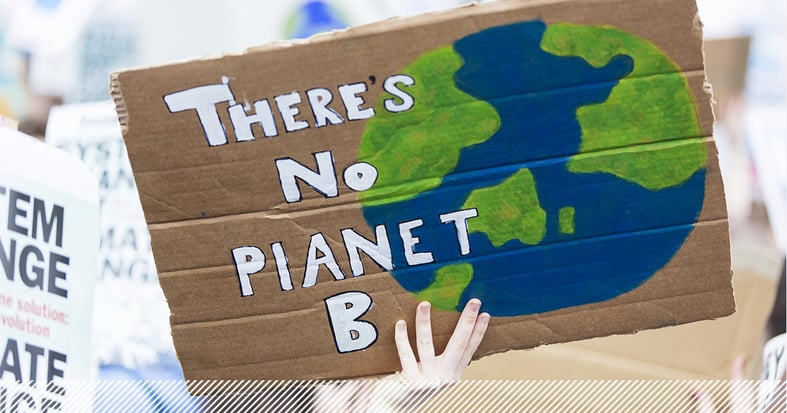 There’s a lot of attention on carbon reduction these days, and that’s a good thing.

Because the need to reduce carbon emissions to limit global warming is clear and urgent, and like food waste reduction, is critically linked to all of the other Sustainable Development Goals.

The Paris Agreement of 2015 sought to galvanize a global response to climate change with a goal of limiting global temperature rise to less than 2°C (and preferably less than 1.5°C) over pre-industrial levels by the end of this century.

Of great concern, however, is that the world is considerably off track in reining in emissions.  For example, the 2018 Intergovernmental Panel on Climate Change (IPCC) report noted that global warming is likely to reach 1.5°C between 2030 and 2050 – well before the end of the century – if current trends continue.  The report also stated that “rapid and far-reaching transitions” in multiple sectors (land, energy, industry, buildings, transport, and cities) are needed to limit global warming to 1.5°C.

In fact, the World Meteorological Organization (WMO) has just reported that there is a 40% chance that the world will temporarily reach the 1.5°C mark in at least one of the next five years.

Last month, citing the WMO’s “State of the Global Climate 2020” report, UN Secretary General Guterres noted that “we are on the verge of the abyss” regarding climate change, calling 2021 the “make it or break it year” for action to limit global warming to 1.5°C.

On the plus side, awareness of the need to address emissions with urgency is at an all-time high, the U.S. has rejoined the Paris Agreement, President Biden convened a Climate Summit with world leaders, work is underway for the UN Climate Change Conference (COP26) and a global Food Systems Summit, and the global financial sector is moving rapidly in terms of commitments to net-zero by 2050.

As we reflect on the current state of climate, it is important to acknowledge that we are all stakeholders in the climate challenge, and we all have a responsibility to play a role in working to reduce emissions to safeguard people and planet.  We need to figure out our role.

Emissions reduction might seem like a daunting and even nebulous task to some, but for those in the foodservice sector, it needn’t be, for the connection between food and emissions is strong.  In fact, a recent study indicates that food systems account for more than one-third of global greenhouse gas emissions.

So the food system is indeed one of the biggest levers we have to reduce global emissions.

And since we lose or waste between a third to one half of global food production annually, by extension one of the best ways to rein in emissions is to reduce the amount of food we waste.

For example, the Food and Agriculture Organization reported that if ranked as a country, food waste would be the third largest emitter of greenhouse gas emissions behind the U.S. and China.  Further, the Project Drawdown team cited food waste reduction as one of the top solutions for mitigating climate change.

Businesses, hospitality organizations, colleges and universities, and healthcare organizations all have multiple operational areas to address in developing their emissions reduction plans, but one of the most obvious, and impactful, areas to target is front and center every day – their foodservice operation.

By implementing a food waste prevention program, foodservice operators can generate significant savings in emissions to contribute to the organization’s overall plan, all while achieving considerable economic savings through reduced food purchases and energizing the workforce with a responsible mission.

The world is far off track in terms of meeting the Paris Agreement objective of limiting global warming to 1.5°C. And given the major role that the food system plays in the generation of global emissions, we won’t meet that goal without getting food waste under control.

Committing to an automated food waste prevention program is an easy, effective, and responsible solution to driving emissions reduction across organizations.