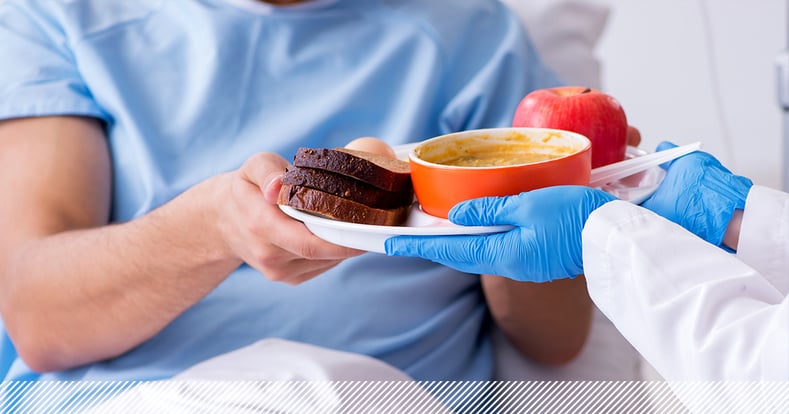 Chef Damon’s culinary teams talk about the cost of food waste in their pre-shift meetings.

Continuing that emphasis on cost, the team has focused on reducing the food waste that costs the most: proteins.

“One of the main things that we preach, not only because of a waste but for better quality, is that we don't pre-cook proteins, only batch cooking. We say, ‘Only “S’s” in steam wells.’ So that’s sauces, starches and soups.”

The food waste photos captured by the team’s Leanpath 360 Trackers have helped identify food waste problems as well. Looking at waste from fruit trim gives them another opportunity to inspect what their vendor is supplying. Looking at photos of prepped items they can check quality--for example, whether an item was overcooked.

“Chef Damon will pull out the pictures of trim waste and show them how they could improve on their cuts,” says Aramark Healthcare District Manager Allysun Selick. “They see how they’ve improved. They say, ‘I'm getting so good and I'm so close to the skin; I've reduced my trim waste by this much.’ Just tremendous engagement.”

That engagement has been a huge part of the health system’s success in cutting food waste in half with Leanpath and maintaining low waste levels through periods of fluctuating demand.