This is a recurring feature where Leanpath Executive Chef Robb White examines real food waste images from Leanpath 360s and shares insights based on what he sees.

The simplest foods are often overlooked.

We perceive common items in our kitchens to have little monetary value, or get desensitized to having them around all the time. When it comes time to break a line down, items like this fall off our radar for the huge value they could have if repurposed. Changing that behavior can have an enormous impact on the amount of food waste you create, and ultimately, your bottom line.

Take a look at the following pictures taken from actual Leanpath trackers.  In these two photos, you will see a perfect example of what I am talking about - the humble potato being tossed away. 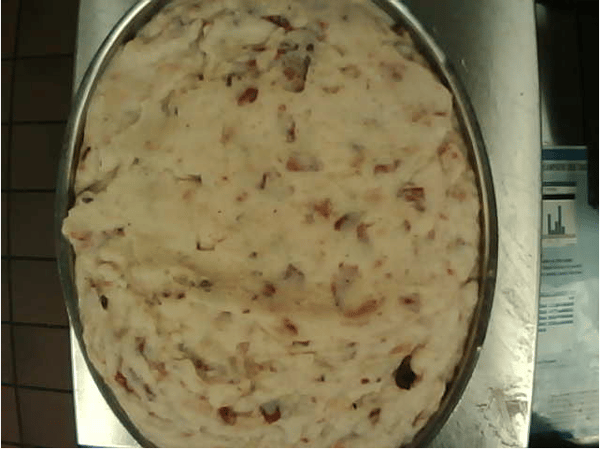 A potato is one food item with almost limitless repurposing capabilities -  it boggles the mind why someone would toss them.  Photo one shows simple mashed potatoes - almost 15 pounds worth - heading to the compost heap.   A creative chef could use these potatoes in any of the following ways:

You see where this is going: mashed potatoes are a great ingredient to repurpose.  And if all else fails and you can't utilize them in another way immediately; then simply freeze them in an airtight container for up to 3 months and use them later. 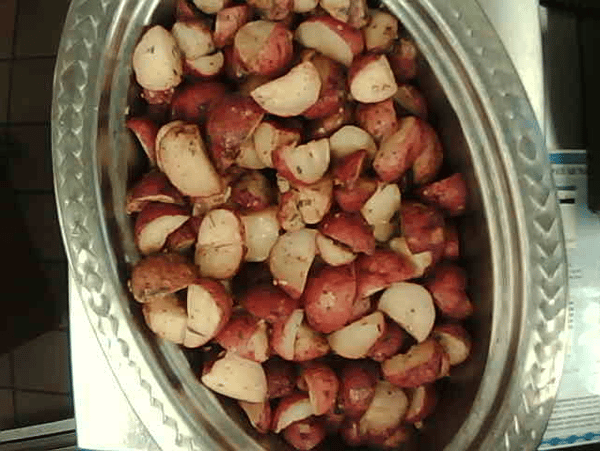 The second photo shows roasted potatoes--about 6.5 pounds of them being tossed away. This ingredient lends itself to even more repurposing ideas since they have yet to be mashed or processed past the cutting state. Beside every single idea in the list above, you can repurpose these cut and roasted potatoes into the following dishes:

Some chefs might look at these photos and say, “Well, it’s just a potato.”  I look at these photos and see labor lost, resources lost, profit lost, and a lost opportunity to create something new for my menu. Sometimes preventing food waste starts with the simplest things. Finding ways to repurpose the commonly used foods in your kitchen is a key. Broccoli stems, cauliflower cores, parsley stems, carrot peels, citrus rinds and even the humble potato: all begging to be repurposed and wasted less. Respect the food, respect the farmer, and get creative with ways to repurpose.

For more best practices on reducing and re-purposing food waste we’ve compiled 20 helpful food waste-cutting tips from our clients and Leanpath coaches. Download your copy of the e-guide here!