How Swedish hospital cut its food waste by 53 percent 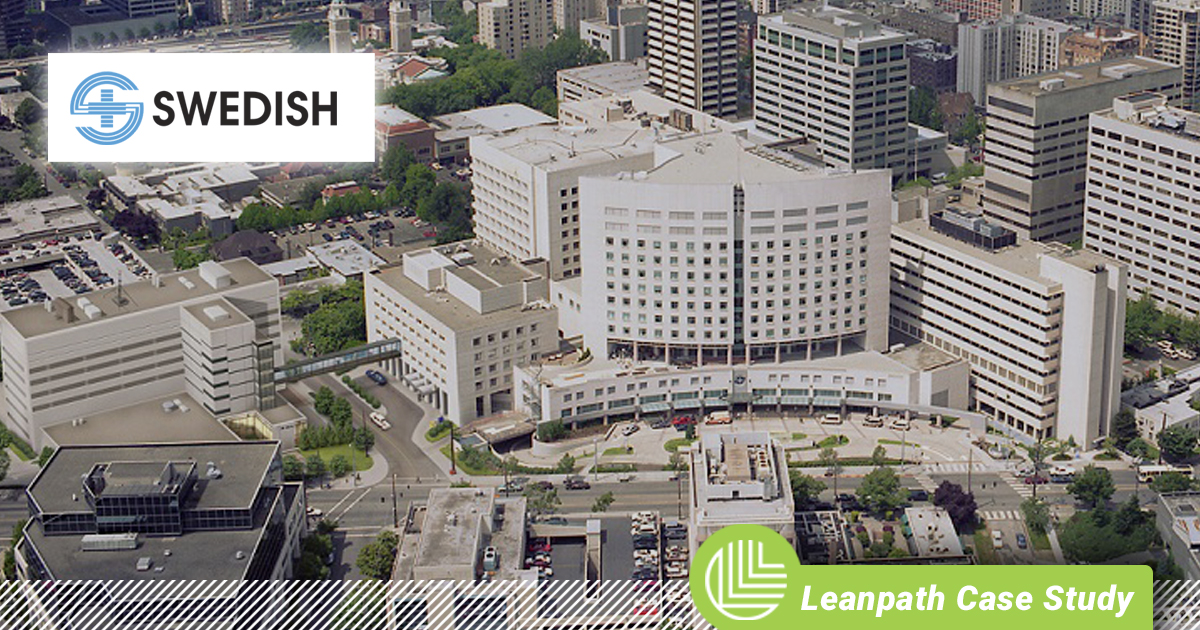 Swedish is the largest non-profit healthcare provider in the Puget Sound, Washington, area. Six of its dispersed facilities utilize the Leanpath platform to prevent food waste. The healthcare foodservice operation at its First Hill campus is run by Corporate Executive Chef Zachary Schwab. First Hill typically has about 1,800 covers a day in patient services, with 600 meals a day retail and around 10 catered events. Schwab has overseen food waste reduction with Leanpath since 2007. That experience has led to the development of system-wide best practices and deep cuts in food waste: a 53 percent reduction in food waste by value and a 40 percent reduction by weight.

It’s been 13 years since Schwab and his staff began tracking food waste at the First Hill campus, but he still remembers seeing their Leanpath data for the first time. “What surprised me was the amount of food waste overall, but what stood out was the amount of protein waste,” he said. “You’re not in the kitchen all the time, and food waste adds up throughout the day. A little here and a little there. Then you see the Leanpath data and it’s, ‘Wow, we overproduced $100 worth of that protein today.’”

First Hill uses the Leanpath 360 Tracker with built-in food waste photography. “The photos were surprising too,” says Schwab. “You see eight loaves of banana bread that had too much lemon agent in them and couldn’t be used. That’s hard to see.”

Schwab instituted new meetings with kitchen staff to review Leanpath food waste data and photos. “They are brainstorming sessions,” he says. “I explain why [food waste prevention] is important, the environmental side, and the financial side. I’ve had staff bring up the lives of the animals, and the fact that we shouldn’t just throw away animal protein. They understand why we do it. Now that they’re invested, let’s come up with ideas.”

Two of the most effective food waste reduction strategies came from staff. Leanpath data showed a high level of food waste due to overproduction. Oftentimes cooks were following production sheets correctly, but the expected number of covers didn’t show up. “Maybe it was sunny outside,” says Schwab. The solution–from a chef who’s been on staff 25 years–was to engineer the menu for second-day use, and use overproduction in the doctor’s dining room.

“For example, instead of baking off all the chicken quarters for dinner, you bake off half of it. If we don’t get the covers we want, we know the next day we can serve it at the doctor’s dining room and it will be fresh. Now, with our menu development, we always ask, ‘If I make this today, will it still be good quality tomorrow?’”

Another idea from staff was pretty simple, but highly effective.

“We were seeing a lot of salmon. We spoke to the cooks. We decided that at a certain time they would not be allowed to batch cook anymore salmon. It had to be cook to order.”

“The food waste is measured with Leanpath,
so there’s accountability.”

Now, from 3 to 5 pm and from 8 to 8:30 pm there’s no batch cooking. It worked so well with salmon they expanded it to other proteins, and even soup. Instead of heating a whole pan of soup, during those “no batch” times, soup is heated one bowl at a time.

They have also embraced repurposing. If they still end up with salmon overproduction, for instance, they cool it, freeze it and have smoked salmon chowder every other week.

“We are preemptively planning for what happens if we don’t have the right amount of covers. Will this go to the doctor’s dining room? Will it be repurposed into a special?”

Chefs actually have food waste reduction built into their annual development goals, including coming up with specials to repurpose overproduction.

“The food waste is measured with Leanpath, so there’s accountability,” Schwab says. “For some of the cooks who struggle with overproduction, we’ll set a goal to actually reduce their food waste at the end of each night. And because it’s measured, you can say, you cut your food waste by 20% or you didn’t.”

“We’re really on top of it these days,” says Schwab. “Food costs are so expensive, all the hospitals around the country are financially strained right now.”

With lower volume in their cafeteria, First Hill actually saw increases in food waste. “It took some time for us to adjust production levels,” Schwab says.

It also took time to adjust to new purchasing, including the need to stop buying product for the salad bar, which was banned. Some over purchasing occurred, and Schwab says it points to First Hill’s next brainstorming session with his team: getting chefs, purchasers and the storeroom attendant communicating to ensure everyone knows what is in inventory and when it needs to be used.

Sign up for our monthly newsletter for the latest in
food waste prevention initiatives, best practices, webinars and more.