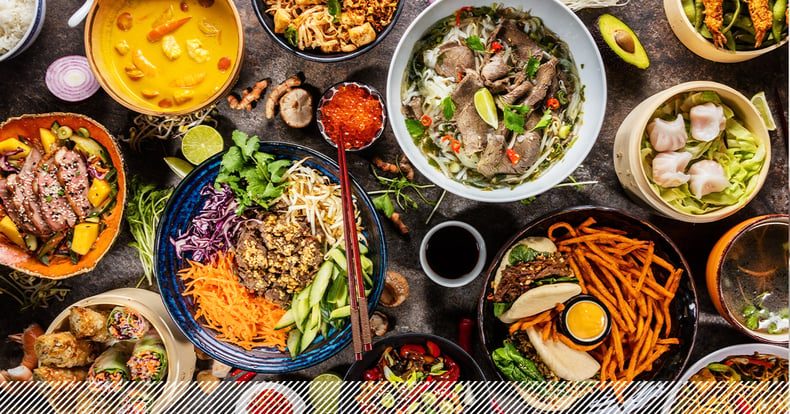 As awareness of the connection between food waste and climate change grows globally, a new report illustrates the environmental impact of China’s food waste in stark detail.

More than a quarter of food produced for human consumption in China is lost or wasted each year. The carbon footprint of that waste is equal to the entire emissions of a country the size of the United Kingdom.

In a study published in the scientific journal Nature Food, researchers found 27% — or 349 million tons — of food wasn’t eaten annually between 2014 and 2018 in the country. That is equal to the total annual food production of Brazil.

While the bulk of that waste accumulated at the farm, researchers found the environmental impact of food waste was much greater once it reached the consumer, particularly in out-of-home dining. As one of the research authors, Xue Li, a natural resources researcher at the Chinese Academy of Sciences, explained, by the time the food reaches a restaurant diner, its carbon footprint has grown due to transportation, water use and other energy inputs.

China has been aggressive in drawing attention to the problem of food waste in the country, a global problem not isolated to China. Last year, China announced the Clean Plate Campaign to cut the nation’s food waste. In an August speech, Chinese leader XI Jingping called China’s level of food waste “shocking and distressing.”

Separate research has found that if food waste and other food system inefficiencies are not addressed, the Paris Climate goals cannot be achieved.


Sign up for our monthly newsletter in the footer below for the latest in
food waste prevention initiatives, best practices, webinars and more.